I’m thrilled and honored to be doing another speaking tour through Europe. I’m getting to visit a number of countries that I haven’t visited before and some old favorites. I’ll be speaking on PHP, Ruby and other non .NET technologies on Azure. 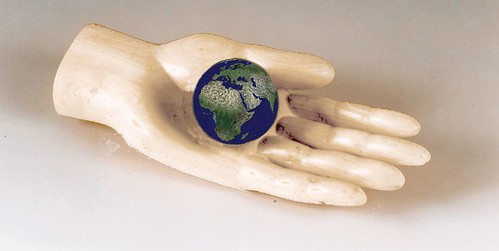 The talk that I’m going to be doing in most places is PHP/Ruby on Azure or Leveraging Azure with Non-Microsoft Languages:

Windows Azure is Microsoft’s Cloud Computing offering. It is more than a simple scalable hosting option as it is truly a platform as a service offering. This allows you to focus on your application rather than the configuring and managing your infrastructure whether you are writing C# or VB.NET or even languages such as PHP or Ruby which are first class citizens in Windows Azure. The Windows Azure Platform includes Windows Azure, which is the OS and hosting environment for web and background services, as well as non-relational storage, queues, and a blob storage for everything from videos to mountable virtual drives. Additionally, the Windows Azure Platform includes SQL Azure, a fully relational database as a service, and Windows Azure AppFabric for industry standards compliant identity management and a service bus for message passing.

There’s a lot of good news here as it is relatively straight forward to get running in Windows Azure. Once your application is running, however, now you need to look at how to fully leverage the platform offerings architecting for the best usage of the different roles and the various aspects of the Windows Azure offerings such as the AppFabric and SQL Azure. This will help your application make the most efficient usage of CPU, bandwidth, storage and all of the things that cost in a cloud hosting scenario.

In this half day session, we will begin with the why of Windows Azure talking about when it makes sense to make a move and what the prudent migration paths are for your organization.  During this time we will tour the various aspects of Windows Azure. Then we’ll delve into the technical aspects of how to run your PHP/Ruby code on Windows Azure. Once we have that mastered, we will move onto leveraging the Windows Azure platform to its fullest.

The full schedule is as follows (and yes, this is a lot of countries in not very many days)

I love Ireland. I hope to someday live there. I spoke there about a year and a half ago on RIA and got to meet a few of the folk but mostly worked with Martha Rotter. I got to make a number of friends last time and I’m really looking forward to seeing them again.

This is my first time to Portugal. I’m really looking forward to meeting the local DPE team (Luis Alves Martins and Sergio Martinho). I’m speaking at the university. it looks like a beautiful venue – http://bit.ly/avsYU9. I just wish that I had more time here to explore the local culture.

My brother has spent a lot of time in Austria but I’ve never been. I have met Mario Szpuszta back when he and I both spoke at JAOO in 2008 in Denmark. That was an awesome conference. I’ll also get to met Rolf Mistelbacher. Another thing I’m really excited about is that I’m going to spend enough time to actually see some of the city.

At PHP UK, I’m actually not talking about Azure. Rather I’m doing a keynote titled The Lost Art of Simplicity (Full slides on slideshare). This is actually the original reason that I’m coming to Europe in the first place. I’m honored to be asked to do the keynote and am beholden to Scott MacVicar for the invitation and to Johanna Cherry for making everything work smoothly.

Check out this awesome venue – http://bit.ly/cGTbC0 – it’s a 17th century building in downtown Stockholm. Really looking forward to hanging out in this space.

I’ve never been to Norway. I should have more information about this trip in the next day or so and I’ll update this post.

I’ve got all of the registration information for my Oslo stop.

http://bit.ly/phpazureoslo for all of the registration information.

Also, as a side note I’ve met a bunch of people from Norway while at the PHPUK conference and they’ve assured me that the polar plunge was decent training for my visit but I’d enjoy it regardless.

I haven’t actually met Bram Veenhof in person but  have been working with him over the past couple of years on a couple of things.I’ve been to Amsterdam several times but mostly just to the Airport and the Microsoft offices there, both of which are awesome. I’m thrilled this time to actually have a little time to explore the city.

I’ve been to Brussels once before and I’m really looking forward to going back. I’ve not get Katrien De Graeve and Rudy Van Hoe but are two of the other people that I’ve been working with closely over the past couple of years.

March 6,7 – Kilkenny, Ireland – hanging out and speaking at Wordcamp Ireland

Again, I love Ireland and hope to live there someday. I’ll be in Kilkenny at Wordcamp Ireland.

It’s going to be a lot of fun and I’m really hoping that there’s lots of good conversation. Please let me know via comments or via twitter if you’re able to make it to one of the sessions.

If you tweet about this – please use the hash tag #phpazuretour and #cityyourecomingto!