I had the pleasure of speaking at BrazilJS 2013. My talk was about performance. While I was using Windows, IE11 and tools on Windows, the perf advice and the way that you need to thing about performance is completely agnostic. Chrome, Safari, Firefox and all of the browsers adhere to the same spec as we do and so are dictated to many things very similarly.

BrazilJS was a fantastic conference. It was very professionally run with some fantastic speakers. I had a blast.

This is the second of three blog posts. The first was about the experience in Porto Alegre called Obrigado BrazilJS. This one is photos and the like from the conference. The third is about my talk specifically called The Perf Doctor Is In. 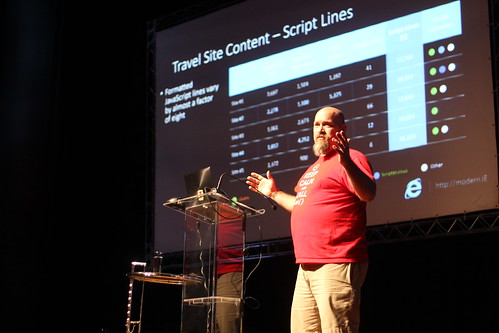 END_OF_DOCUMENT_TOKEN_TO_BE_REPLACED

This past week I had the extreme pleasure of returning to one of my favorite countries to visit, Brazil, to speak at it’s premiere JavaScript conference, BrazilJS. I’ve been to Sao Paulo in the past when I keynoted PHPBrazil but while I was there, everyone told me that I needed to get down to Porto Alegre and now that I’ve been there, I agree with them. I’m going to break this down into three posts. The first about the country and the visit. The second about the conference itself called A little about BrazilJS. And the third about my talk called The Perf Doctor Is In.

Sao Paulo was, to be honest, a bit overwhelming. It’s the commercial center of Brazil with 11 million people and an absolutely insane amount of traffic. I was introduced, however, to to some unbelievably passionate and intelligent people in my short time there. I still have many friends from Sao Paulo from my short trip. I was introduced to cachaça (key ingredient in my favorite drink caipirinha – it’s sort of a Brazilian mohito), the concept of Brazilian BBQ (more on this in a bit), found out that two motorcycles can 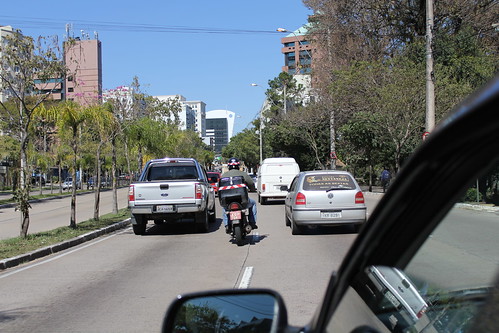 actually travel down the highway balancing a bookcase between them and fell in love with the country. My favorite day was when we got down to the beach and everybody relaxed. I had never even heard of foot volley which is volleyball with all of the ball handling rules of soccer. END_OF_DOCUMENT_TOKEN_TO_BE_REPLACED