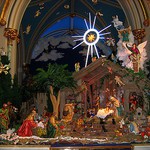 Every year about this time I say to myself, why didn’t I put out a Christmas letter? I receive some from some amazing folks every year and every year, I think about and fail to reciprocate. Well this year is different. Well, kinda different. By different I mean that I’m putting this blog post up and I’m going to post it on Facebook and email it and such to reach the people that I should have taken the time to write out a proper Christmas letter to.

It’s been an interesting year to say the least. The whole family has changed and grown up in ways that I am still trying to get used to and it’s a good thing. 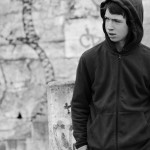 Collin, my oldest, is 18 and in college now. He figured out that he could skip his senior year and go directly to the community college and start getting college credits since he was 18. He’s loving college and doing really well. He’s also gotten a job at Baskin Robbins. He’s closing on the weekends and seems to be enjoying at least the paycheck if not the job. It was awesome this year to watch him shopping for his siblings on his own with his own money and the pride that he took in that. 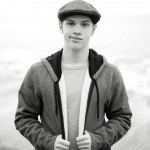 Sean is 16 and a Junior in high school. He’s gotten big and is, much to my dismay, borrowing my shirts a lot these days. The house, thanks to him, has become one of the social hubs for Interlake High School and is a regular drop in zone for boys and girls. He’s working on finding a job but as Collin found out for him, this is a really tough job market for teens. He, much to my pride, has come up with several ideas for startups that he’d like to pursue. I’m anxious to see which one of them sticks. 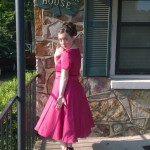 Miriam is 14 now and is in 8th grade. She’s involved in *everything*. She’s a “WEB leader” which is a welcoming committee/mentor program for the 6th graders coming into her school. She’s loving the responsibility and is adorable talking about her 6th graders and how important her work with them is. She’s also in the choir at church (Holy Family Name in Kirkland, WA), youth group, multiple sleep overs a month, anime club and anything else that she can talk us into taking her to. 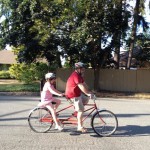 Maura is 11 and growing up fast. She’s in “5th” grade and is our “A” student which is funny because “A” is for “adaptive”. Many of you may know that she’s got special needs. You can read all about it on my wife’s blog at http://www.phoebeholmes.com/. Suffice to say she’s got global delays but we’re thrilled this year that she’s outgrown her seizure disorder. She was on meds twice a day for the last 7 years of our lives but this summer we weaned her off of them and couldn’t be happier about them. 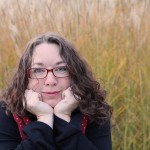 Phoebe is doing really well here. We both miss Ireland and it’s hard to imagine that it’s been a year and a half since we moved but it has. Phoebe has finished one book which she has at an agent right now and we’re hoping that it’ll get picked up and shopped to publishers. She’s most of the way through the second but as you know, she’s already got a much stronger following than I do on her blog. I wish that I was half the writer that she is and 10% as prolific as she is with 5% as amazing material as she produces. I, and all of her followers, love her sense of humor that envelops every topic and has you laughing and crying at the same time. 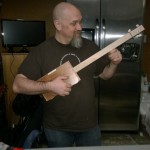 I’m still at Microsoft working in TED (Technical Evangelism and Development) on a team called Strategic Engagements. It’s about as fun of a job as I can imagine. My job is, no word of a lie, to full time write open source software and I get paid by Microsoft to do it. If I rewound even a year ago, I wouldn’t have believed it but here I am. And I’m getting to play in a space called Internet of Things which you can translate as I’m getting to play with all the fun toys. Someday they’ll figure out that they’re paying me for this. 🙂 I’m still mountain biking and working on vintage motorcycles as much as possible. Someday, I’ll “retire” and do the motorcycle work all the time. I’ve got an engine to overhaul this winter and I couldn’t be happier about it.

Merry Christmas to all of you!