One of my first mentors, Denny Williford, told me a story. Over the years, I’ve retold this story dozens of times and I’m sure that some of the details have changed over time but here’s my current version. 🙂 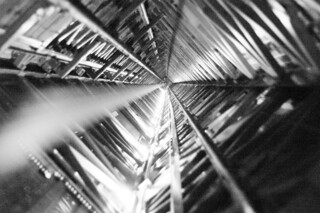 The management for an expensive high rise apartment complex had an issue. Their tenants who lived in the upper and most expensive floors were complaining that the elevator was “just too slow”. 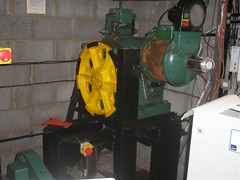 So the management went and hired a contractor to solve the problem. The contractor examined the elevator and said, “oh yes, I can make this elevator faster. We need to put on this giant motor that I can buy off the grey market. It’d lift an airplane lickity split.” So the management writes a check and the elevator speeds up. They’ve shaved roughly 20% of the time to the top and the management is excited… But the tenants are still complaining that it’s “just too slow”.

So the management went and hired a second contractor to solve the problem. The contractor examined the elevator and said, “oh yes, I can make this elevator faster. We’ll just need to lighten up the car, increase the counter weights to make it easier to pull and ease the friction by removing these extra safety brakes.” So the management nervously writes a check and sure enough the elevator is faster. They’ve saved an additional 15% in time going up to the top and yet, the tenants are still complaining that it’s “just too slow”.

So the management, lost and confused, went out an hired a third contractor to solve the problem. This contractor was good both as in accomplished the task at hand and a good person. The contractor examined the elevator and said, “I can solve your problem. But I can’t, in good conscience leave this giant motor on there. It damages the car, strains the cables too much and wastes electricity. I also can’t legally leave the safety brakes off, the over weight counter weights on or leave the car so light – it’s dangerous.” So management went along with his suggestions and raw performance dropped back to very close to the original speed. But they were excited because their tenants stopped complaining.

What did the third contractor do? 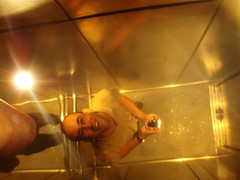 There are two lessons here. The lesson that Denny imparted is perception is greater than reality so never under estimate the value of entertaining the user.