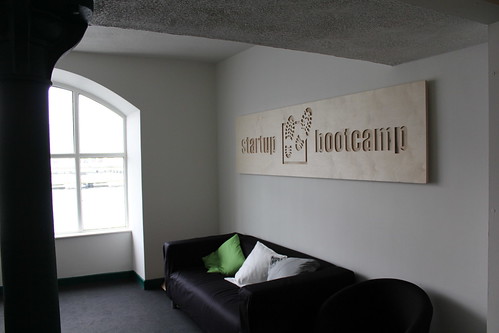 One of the most fun things that I get to do in my job here at Microsoft Ireland is work with all of the great startups here in Ireland. I manage the Bizspark program for Ireland, North and South. Through that work, I get to work both with startups directly as well as working with the startup accelerators and incubators here in Ireland. That’s great fun as we’ve got some really good ones. TechCrunch did an article last year where they highlighted the top incubators in Europe and they specifically highlighted the top 8 which includes NDRC Launchpad at #6, DCU Propeller at #7 and Startupbootcamp Dublin at #8. That’s some heavy hitting for such as small island and I’m right in the middle of it. 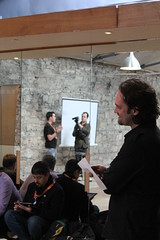 Eoghan Jennings runs Startupbootcamp Dublin. I met him back in March 2011 when I had the pleasure to speak at a startup thing he was running for Dublin Web Summit. He’s a crazy Irish man who was largely raised in the US (Boston if I remember right) so he really brings the best of the Irish and the American together in a fantastic motivational package of intelligence, perseverance and going huge… It’s that unique blend of personality that make him a great guy to get Startupbootcamp Dublin off the ground and attract some great startups, mentors and investors into a great win-win-win…

Today, I spent the full day down at Startupbootcamp Dublin mentoring potential startups who have all pitched for the program. It was a brutally intense day where we, the 25ish (I didn’t actually count) mentors that were onsite interviewed and gave advice to the startups in a speed dating style day. In this way, we got to mentor 10-12 of the 16 startups that were in for the day.

Patrick de Zeeuw and I were paired up as mentors the whole day. Patrick runs the Startupbootcamp Amsterdam and is a co-founder of Startupbootcamp. I’ll be honest, I’ve been working with startups for a long time and I learned a ton co-grilling startups with him. His business acumen and sense for what startups need was outstanding. If I am ever to do a startup, I’m going to seek him out as a mentor and advisor. It was impressive to see him cut through all of the clutter and spin to get to the base of the business in a short few moments.

It was a fantastic day and I wish all of the startups the very best of luck!!! I’m looking forward to tomorrow as well…