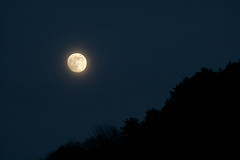 Moonlight is still continuing to progress. Moonlight is the open source implementation of Silverlight for Linux. It’s being run by Miguel de Icaza of Novell.

There are a couple of things that are interesting to me about this project.

First, as I talked about in Dancing in the Moonlight!, it’s unprecedented interop and openness on the part of Microsoft. Microsoft gave the project the specs and a ton of support. The Moonlight devs even have access to the Silverlight engineers as they are developing the open source compatible solution to help clarifying specs and ensuring compatibility. One of the things that’s tough from a legal perspective is all of the codecs and other video components. What’s going to happen is that there’s a “Media Pack” that users will download from Microsoft to play videos. This circumvents the legal issues and allows Moonlight users access to all the great VC1 video out there.

Second thing I find interesting is that they are finding interesting ways to innovate even in the constraints of being 100% compatible. For example, They built a Silverlight designer called Lunar Eclipse completely in Silverlight. That’s a really cool idea. They are looking at offline ideas around Moonlight and making their implementation a WPF light enabling them to revamp the GNOME’s desktop development paradigm. They’ve started with desklets, which are small Silverlight components that run in a desktop framwork. Again, really innovative idea.

Miguel did an interview with derStandard.at about the projects and how they are going at Miguel de Icaza on Mono.